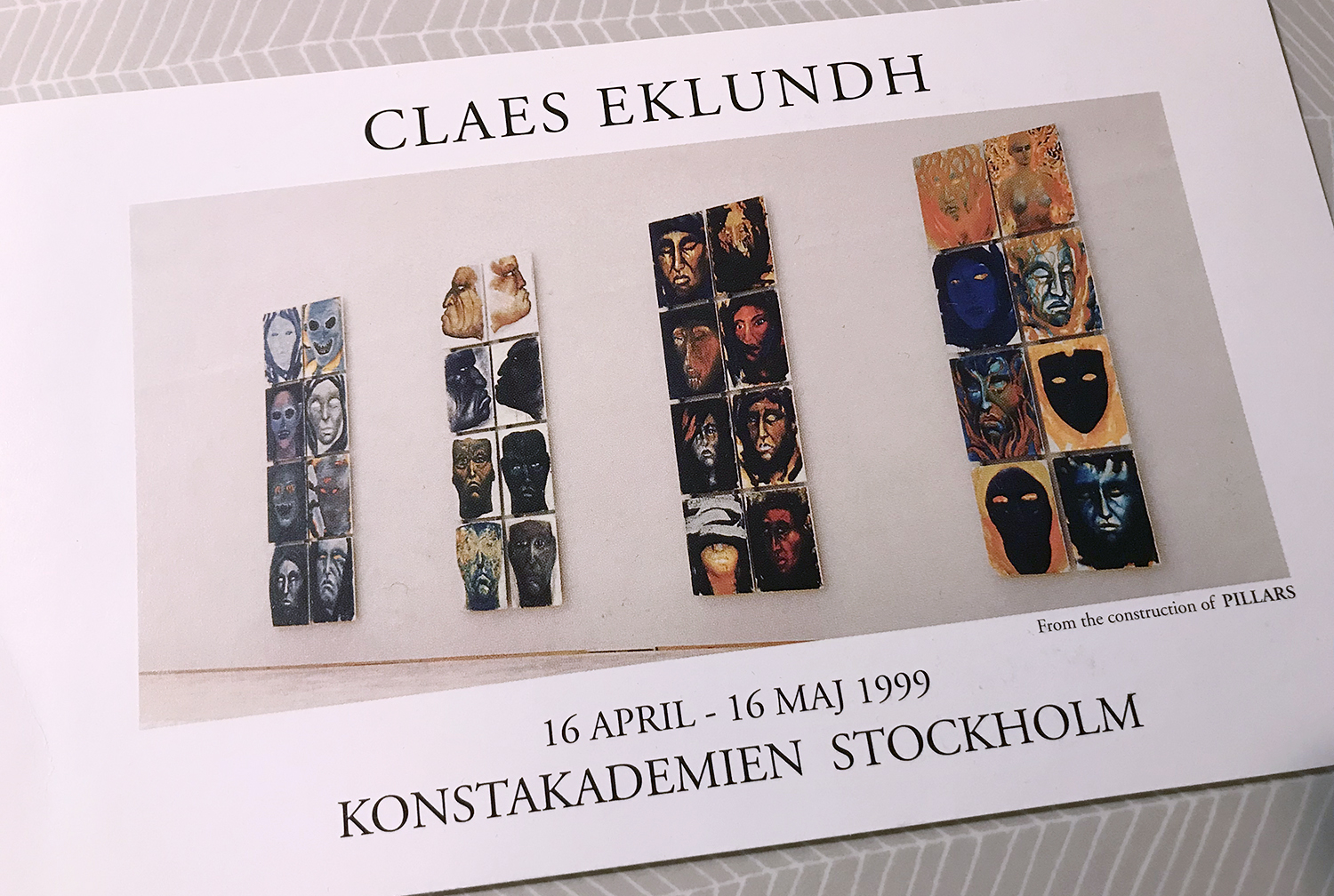 A memory from the archive, this All Saints’ Day.

Pillars – works 1995 – 1999 is an exhibition in monumental format that was exhibited at The Royal Academy of Arts, Stockholm, in 1999.

It was one of Claes Eklundh’s so far most challenging exhibitions to curate, construct and install, as each of the eight Pillars measures 3.4 meters.

22 years have passed but the intensity that was in the great main hall still lingers.

The Artist Jan Håfström wrote a poignant review in the newspaper Dagens Nyheter under the heading: Faces forcing us to see. A text that is highly applicable to CE’s artistic work in general.

“Claes Eklundh’s work affects me deeply. It has been a long time since I saw paintings so fraught with aggression and erotic ardour in Sweden. As a viewer I feel seduced and kicked out at the same time. All these strangers staring at med from the walls, pleading with me or sticking out their tongues, asking me to go to hell. Or simply turning their backs on me. What emerges is the image of a human being who left the Swedish welfare state long ago. It is this person he forces us to see. We are confronted with a choice: to remain at home or to risk leaving it. //

These violent outbursts have but one overriding aim: to allow us the access to ourselves. To became who we are. //

Yet in the eyes of a younger generation, with often little sense of history, Claes Eklundh might appear unfashionable and inaccessible, but the question is whether this is a disadvantage. To whom is it worth listening? To those speaking all at once or to the one who just left the room?” 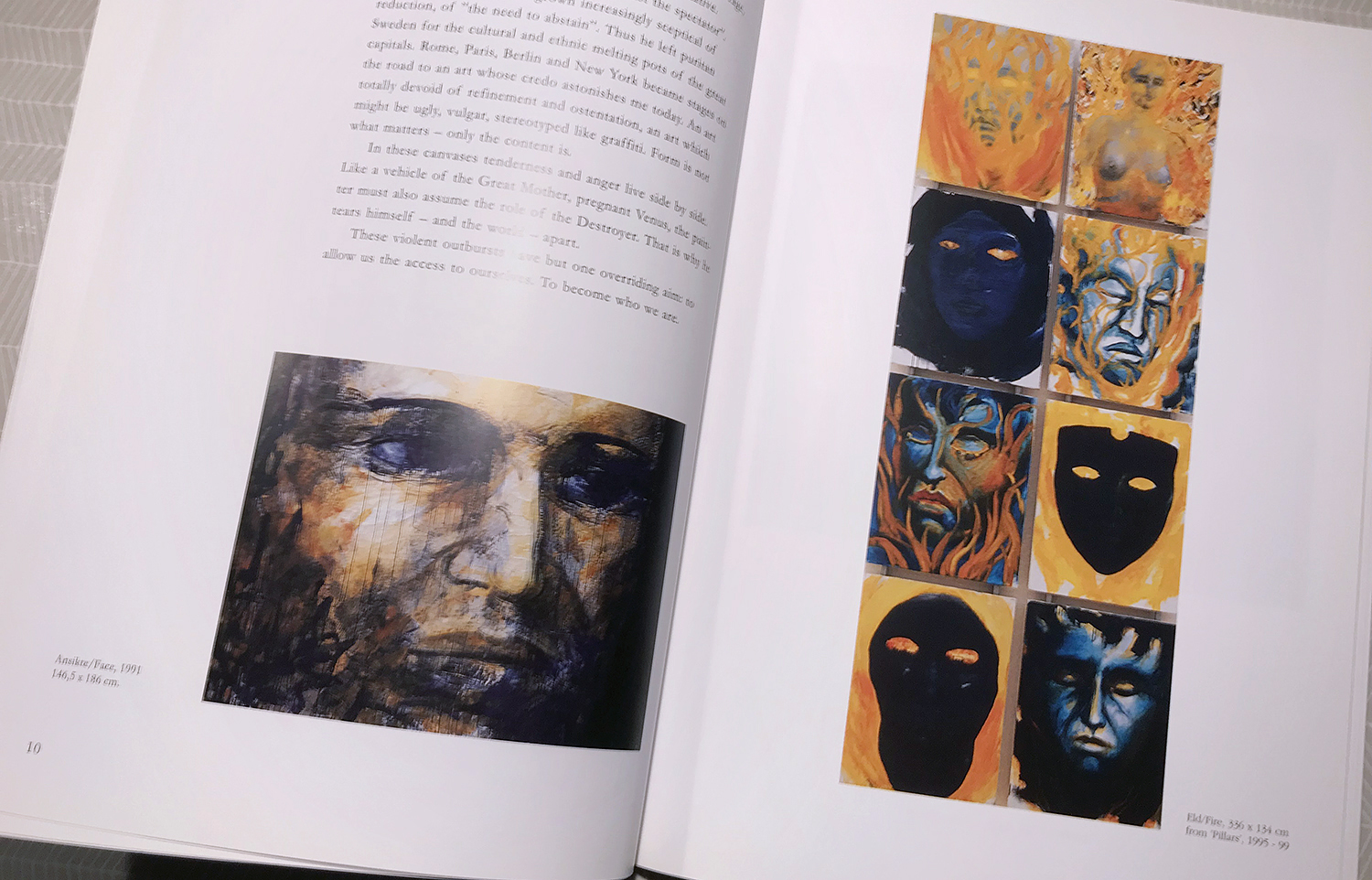 A year and a half has passed in the pandemic. A strange time for most people – a time when the world has shrunken and closed down. For some this has been extra noticeable.

For us it has meant the opportunity to make this website – the official homepage and online gallery of Claes Eklundh. For CE, the pandemic led to a year of almost total isolation.

How does it affect life as an artist when you are forced to isolate yourself for a long time. Has it been harder or easier to paint during a period of total isolation? Not to be influenced by external factors but only one´s inner self. Can any of this be traced in Claes Eklundh’s latest works?

Below are some of the corona-works by CE.

”To talk about such an intense period while standing in the middle of it, is not only difficult and deceptive, it would risk, I think, to undermine the power of the volcanic eruption. Like the lava on the slope of the volcano, the color in the paintings is not the result of an intellectual effort or desire. It’s not something the artist knows anything about, neither in advanced nor at a few miles distance. And least of all, when it happens.”